How To - Find Direction of Rotation & Rotary Mode

When a machine has a rotary axis or axes mounted it is very important to understand the way the controller is configured to program the positions of the rotary axis. Because of this, the BobCAD-CAM posting engine supports multiple Rotary Axis Position Output Modes. These modes are defined on Post Question: 440.

There are 3 different output modes supported. Each mode is defined below:

In this mode, the rotary locations are defined as an absolute position and do not change. The direction is defined by a separate G or M code in the NC file. Using this mode tells the posting engine to output the indexing direction string values that are defined on Post Questions: 710. thru 713. Examples of different positioning using this output mode are shown below.

In this mode, the rotary locations are defined as an absolute position and do not change. The direction is defined by positive or negative rotary position values in the NC file. Using this mode tells the posting engine to output the indexing positions using the positive or negative values to define the direction the machine to move the rotary axis. Examples of different positioning using this output mode are shown below.

As shown on the number line above the position of A90. and A-90. are NOT the same location. The direction is defined by the location of the new position relative to the current position in the NC file.

To find the direction of rotation we must first understand the two different types of rotary axis configuration.

Rotary on Tool - This type of rotary when moved will rotate the angle of the tool itself. This is commonly seen on Head/Head 5 axis machines or on Head/Table 5 axis machines. The direction of rotation for the physical rotary axis is also the same direction the tool is moving in the part as shown in the image below. 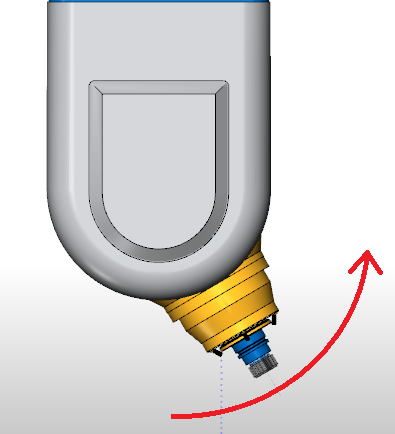 Rotary on Table - This type of rotary is mounted to the table and rotates the workpiece. This is your more common 4 axis rotary, or the 2nd rotary axis found on a Head/Table 5 axis configuration, or either of a Table/Table assembly found on 5 axis machines. When the rotary axis moves, it is rotating the workpiece. The important thing to understand with this type is: The direction of rotation of the physical rotary axis is the opposite direction the tool is moving in the physical part. 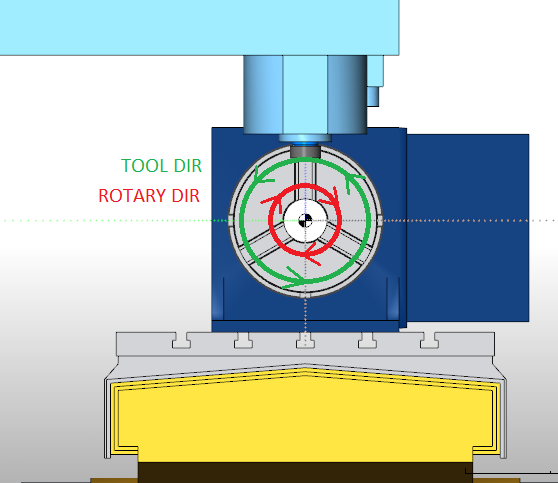 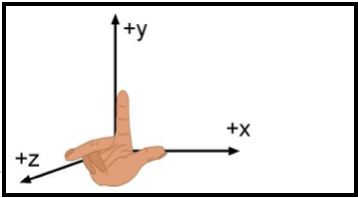 For the rotary axes. The following standard is applied: 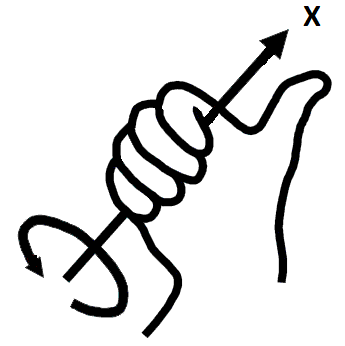 For a Head Head type machine, this direction would have the tool moving CCW in the workpiece.

The following steps will walk you through determining what mode the machine controller is using for the rotary axis positions.

1. Looking at the rotary device. Think of the 12 o.clock position as zero as shown in the following image: 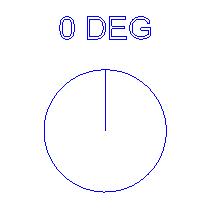 2. Using MDI on the machine, rotate the axis to a position of 45 degrees (Positive). Note the location the rotary moves to:

3. Using MDI on the machine, rotate the axis to a position of -45 degrees (Negative). Note which location (Shown Below) the machine moves to:

You should now be able to determine if the machine is running in Absolute Position mode or in Signed Continuous mode.

If the machine always rotates in the same direction regardless of position, then the rotary mode is most likely Absolute Position mode which will use G or M codes to define rotation direction. This mode is typically only used on Horizontal milling machines where simultaneous motion is not used (Indexing Only).